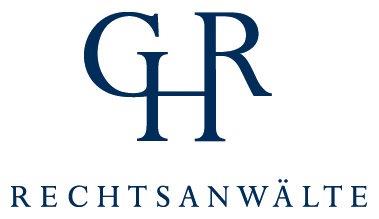 With this FactSheet we would like to provide you with a general introduction to the taxation of individuals in Switzerland.

Income taxes are levied at federal, cantonal and communal level.

Residents of Switzerland are subject to income tax on their worldwide income, regardless of its source. The relevant basis of assessment consists of all sort of income, regardless of its nature and source: Swiss and non-Swiss income from employment or independent activities, dividends, interest and royalties. Owners of real estate in Switzerland living in their house or flat, have to add a deemed income to their basis of assessment (so called rental value). In addition, a church tax is levied from individuals being a member of one of the two State churches (catholic or protestant).

Expenses incurred in connection with the earning of income are tax deductible. Additional deductions may be claimed for children, dependents and insurance premiums, as well as for married and double income couples. Interest expenses are deductible up to a maximum that equals the total return on the tax payer’s wealth plus an amount of CHF 50’000.00.

In addition to the cantonal and municipal taxes, a federal income tax is levied. It is calculated separately. Its rate is calculated progressively and caps at 11.5%.

Wealth taxes are levied at cantonal and municipal level only Swiss residents are subject to wealth tax on their worldwide net assets, with the exception of real estate located outside of Switzerland and, in some cases, business assets in foreign countries. However, assets located abroad are taken into account for the calculation of the applicable tax rate.

The value of real estate in Switzerland is determined by each canton separately and can differ from the fair market value. Debts are tax deductible.

As a rule, capital gains on privately held movable assets are not subject to tax. There are, however, various exceptions to this rule. The sale of Swiss real estate is always taxed under the regime of a separate real estate capital gains tax.

Under certain circumstances, it might be more favorable to be taxed based on the expenditure (so called lump sum tax) instead of an ordinary taxation based on the worldwide income and wealth. Lump sum taxation is a special form to fulfill the ordinary tax liability. It is available to non-Swiss citizens only who did not work in Switzerland for the past ten years.

Please note that a lump sum taxation is no longer possible in the cantons of Zurich, Schaffhausen, Appenzell-Ausserrhoden, Basel-Stadt and Baselland.

The basis of assessment shall be equal to the costs of living. In order to simplify the calculation, expenses for federal and most cantonal taxes were deemed to be five times the rental value of the taxpayer’s home. Only very limited deductions may be claimed under the lump sum taxation scheme.

Based on an increased political pressure on the lump sum tax, its regime was changed as of January 1, 2016:

– at a cantonal level, the annual taxable income shall equal at least seven times the rental value (see hereinabove) or three times the annual housing costs. In most cantons, a minimal basis of assessment applies in the vicinity of CHF 400’000;

– at the federal level, the same rules apply as on the cantonal level with a minimum income tax basis of CHF 400’000.

Tax payers subject to the lump sum regime since 2015 or earlier on, may profit until 2020 from their favorable tax rulings. Thereafter, they will be adjusted to the new rules.

Tax rates are progressive depending on the amount transferred and the degree of relationship. Surviving spouses are tax exempted in all cantons, children in most of them.

Inheritance and gift taxes are levied in the canton of the (last) residence of the donor or descendent. For real estate, however, the canton in which the property is located has the right to tax.

Gifts are primarily treated in the same manner as inheritances, i.e. the same personal deductions, tax exempted amounts, and tax rates apply. The assessment of the gift tax is based on a tax return which usually has to be filled by the recipient.

In case of inheritances or gifts to an unrelated party, the tax rate may exceed 50%.

Under certain conditions, foreign sourced income and wealth may be taxed twice. In order to avoid such double taxation, Switzerland concluded a wide range of double tax treaties. These treaties determine which State shall tax which part of the income and wealth.

All individuals subject to the ordinary taxation are entitled to the double tax treaty benefits. Lump sum taxed individuals, however, may be deemed not to be resident in Switzerland for tax purposes and, therefore, are excluded from the treaty benefits.