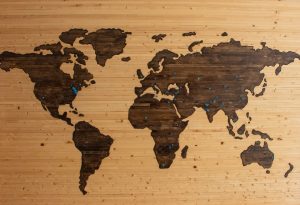 Foreign Direct Investment (“FDI”) is an investment that is made by one individual or entity in one country to own or vest an interest into business that is based and/or operating in a different country. It is different from a portfolio investment where an individual or entity only invests in the assets of another business. FDI allows foreign investors to be involved in the operations of the entity including the purchase of equity, which includes contributing their relevant knowledge, skills and expertise.

There are many forms of an FDI, such as horizontal, vertical and conglomerate. In the case of the former, the entity is directed at setting up a business that is similar to the present entity but based and operating in another country whereas a vertical FDI is towards a related but different business. A conglomerate FDI is in relation to a completely unrelated business venture. There are multiple methods in which investors may acquire voting rights and power in a foreign entity as part of FDI and some of which include mergers and acquisitions, joint ventures with foreign entities and the creation of subsidiaries in a foreign country.

FDI is often exercised in both the private and public sectors as such investment allows international investors to expand and enter into international markets and economies, which would in turn allow such investors to diversify their business and revenue. Governments are generally keen to encourage FDI, as it creates more job opportunities and promotes economic growth. Incentives for FDI investors include market diversification and tax incentives which are predominant in most countries to encourage FDI. Different countries encompass different laws and regulations pertaining to FDI and whilst some countries include specific FDI laws, some do not. As such, tax incentives and the amount of incentives offered to foreign investors also differ within countries around the world.

The word ‘company’ originates from the Latin word ‘Com’ which means ‘with’ and ‘panis’ which means ‘bread’. It is originally referred to as an association of people who took their meals together. Companies can be traced back to the early 16th century, where Royal charters were granted to merchant adventurers as international trade was increasing. However, the beginning of modern company law only started when the Joint Stock Companies Act 1856 was enacted in England. This act provided for a company to be incorporated without the need to obtain a Royal Charter or a sanction by a special Act of Parliament.

Company law has developed significantly since then which has resulted in various types of modern corporate structures that can be formed. Structures such as a limited company, unlimited company, limited liability partnership, company limited by guarantee, partnership and sole proprietorship are most common. However, the preferred type of entity will depend on the needs of the business. Most businesses prefer a company form as it has distinct advantages. It is capable of existing in perpetuity and its separate legal personality facilitates the distinction between the acts of the company and those of its members.

As international trade has increased over the past few decades, individuals and entities are interested in investing or setting up a company overseas. For that reason, laws have been enacted to set out the requirements to enable foreigners to do so. In the following chapters, an in-depth guide on the various corporate structures available and the legislations and requirements which apply in the respective jurisdictions will be discussed.