The 2018 Annual General Meeting of the League of Lawyers was held on 2nd November 2018 at Hotel Sofitel in Siem Reap, Cambodia.
The meeting was well attended by representatives from 14 jurisdictions, namely:-

The President of the League of Lawyers for 2016/2018, Mr Henning von Zanthier delivered the opening address and invited members to observe a moment of silence in memory of Mr Sergio Barozzi from SZA Studio Legale, Italy.

Mr Bruno Hunziker and Mr Raymond Mah presented the mock-up of the new website for the League of Lawyers and invited feedback from members. Members were asked to submit their updated details so that the new website could be launched in December 2018.

The next League of Lawyers meeting was announced and will be hosted in Paris, France on 4-6 April 2019.

Following the formal meeting, members enjoyed the customised tour organised by the League of Lawyers over the course of two days to various breathtaking sites including Kulen Mountain, Angkor Wat, The Bayon, Baphuon Temple, Preah Palilay and etc. 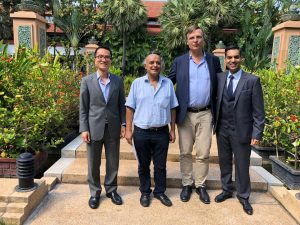 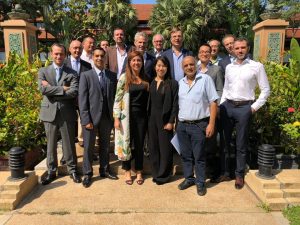 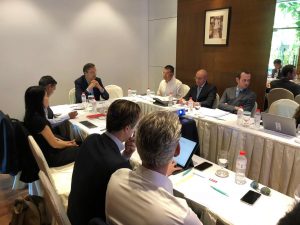