The League of Lawyers’ European meeting in 2019 was hosted in Paris by our French member, De Guillenchmidt & Associés (DGA) from 4 to 6 April 2019.

The meeting was attended by representatives from ten jurisdictions, namely:

The European meeting opened on Thursday, April 4th with a visit of the Paris Court House on the Ile de la Cité. De Guillenchmidt & Associés (DGA) then hosted a meeting in their new premises next to the Champs-Elysées.

The President Mr Henning von Zanthier notably addressed the necessity to prospect for new members, especially in the run-up to the next Lawasia meeting in Hong-Kong, in November 2019. The President’s speech was followed by an open discussion on the topic.

Mr Matthieu Ragot gave a presentation about legal lobbying in France, explaining how European and French Courts and procedures may be used to support economic operators in pushing forward their interests and their public affair agendas.

On Friday morning, April 5th, the members enjoyed a visit of the Conseil d’Etat, followed by a privileged meeting, at the French Parliament (Assemblée Nationale), with two MPs: Mr Buon Tan (Député, Member of the Foreign Affairs Committee, President of the China-France Friendship group) and Mme Anne Genetet, in order to discuss the One Belt One Road initiative.

After a hectic glimpse of the Parisian nightlife on Friday night, the members gathered on Saturday in Versailles for an exceptional off-tracks and private visit of the Château, with Mr. Bertrand Rondot, Chief Curator, thus closing a fruitful and enriching European meeting. 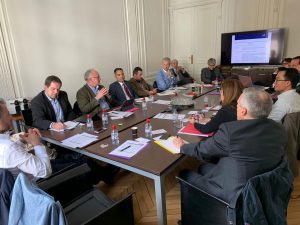 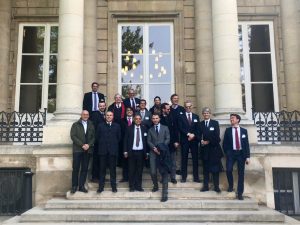 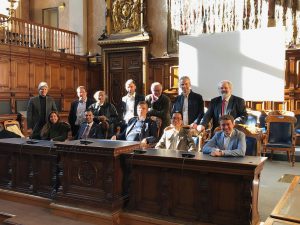 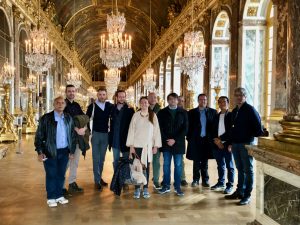