Mr. Stephen Yap of Yap & Lam, Hong Kong gave the opening address for the 1st Annual General Meeting of the League of Lawyers. Nora Jawi of MahWengKwai & Associates subsequently presented the Financial Statements for the year ended 2013/2015 to the members.

However, during the AGM 2014, Mr. Stephen Yap announced that he will be stepping down as President of the League. Mr. Manoj Chhabra from Astra Law proposed Mr. Henning von Zanthier of VON ZANTHIER & SCHULZ to be the next President, which was seconded by Mr Niten Chauhan of JPC Law.

Apart from the Financial Statements and the new board members election, members discussed about the upgrading works of the LoL’s website. Mr. Niten Chauhan also spoke about taking our association to the next stage by focusing on work referrals amongst members. To achieve this, members will need to have broader ideas about what each partner does in terms of practice areas and what businesses their core clients are involved in. 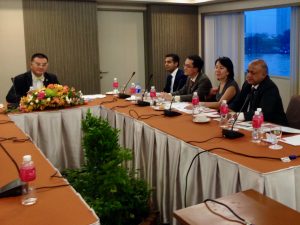 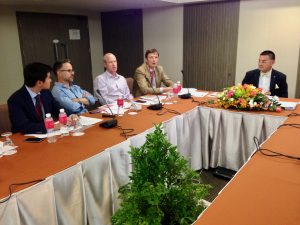 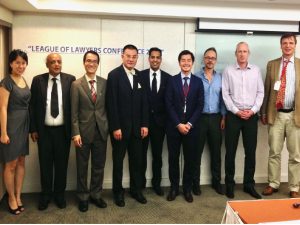