The topic of “Trade & Investments: Fostering economic integration between European and Asia was presented by the first panel session of the Committee consisted of Henning, Niten, Raymond, Andrew and Carl during the Lawasia Conference in Colombo. 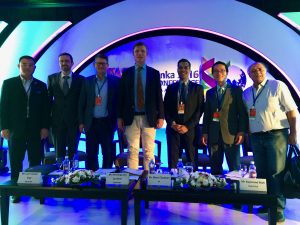