The 2019 Annual General Meeting of the League of Lawyers was hosted in Hong Kong by our Hong Kong member, Yap & Lam on 5th November 2019.
The meeting was well attended by representatives from 7 jurisdictions, namely:-

A welcome dinner hosted by Yap & Lam was held in the evening of 3rd November at the Victoria Harbour Supreme Restaurant to allow members to refresh themselves upon their arrival in Hong Kong and to catch up informally.  The seafood dinner and drink was thoroughly enjoyed by members.

In the morning of 4th November, prior to the meeting the next day, some members embarked on a day trip to Macau via the Hong Kong–Zhuhai–Macau Bridge (HZMB), a 55-kilometre (34 mi) bridge-tunnel system consisting of a series of three cable-stayed bridges, an undersea tunnel, and four artificial islands which is the longest sea-crossing and the longest open-sea fixed link in the world.

The trip to Macau included a visit up the Macau Tower where buffet lunch was served while members had the opportunity to get a 360-degree view of Macau in both the revolving restaurant and the observation deck.  Visits to various historical sites, including the Ruins of Saint Paul’s Church, were enjoyed.  One of the highlights was a visit to the egg tart factory where members had the opportunity of making and savouring their own egg tarts.  The rest of the trip was followed by dinner at a Portuguese/Macanese cuisine before the return trip to Hong Kong in the evening.

The Annual General Meeting kicked off in the morning of 5th November in the private function room at Victoria Harbour Supreme Restaurant followed by lunch at the same venue.

Henning von Zanthier of Germany and Poland as President of the LoL welcomed the 10 representatives of 7 member law firms at 10.30 a.m.

Members were informed that the LoL-Trademark has been registered in Germany and further global registrations will be done via the WIPO organization. The system of international trademark protection of WIPO is called the Madrid System.

Raymond Mah of Malaysia provided a short introduction on the LoL referral system and members took note of the system.

Bruno Hunziker and Stephan Hofer of Switzerland briefly explained the schedule of the Bern 2020 meeting which will take place from 29th April to 3rd May 2020 in Bern, Switzerland.In the evening after the AGM, a dinner was held at Le Jardin de Jade where members had the opportunity of savouring the culinary delights of the Shanghainese Cuisine. 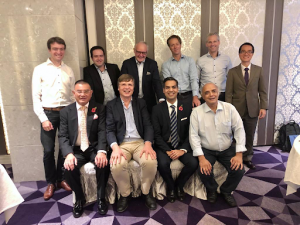 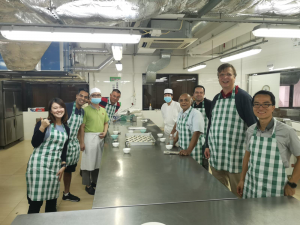 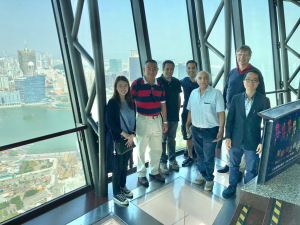 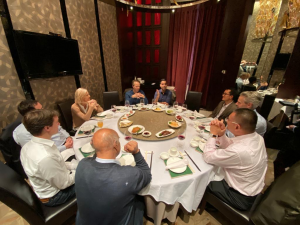